Humshaugh Village Shop customer and volunteer David Brookman has sold his foot at auction. To find out more about this intriguing story follow the link to the Journal article. 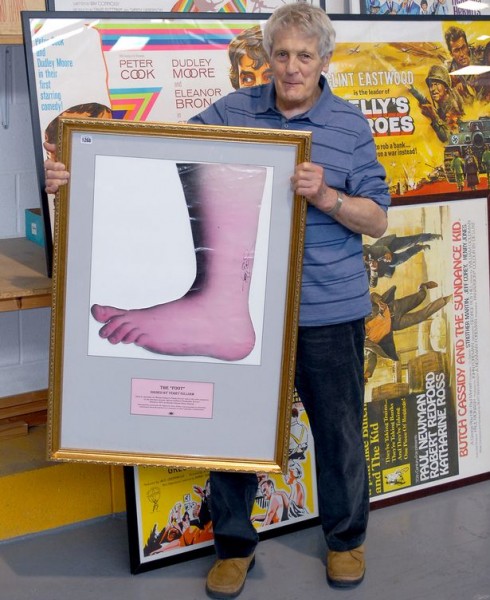 Humshaugh Community World War 1 Event
2014 marks the centenary of World War 1, a conflict which affected many lives. Very few
families were untouched, since the war had such a devastating effect on all levels of society. To
honour the names of those who were involved, the community would like to bring together memories of family
connections and share them in an event in the village hall in September of this year. The family
histories may be supported by photos or souvenirs or some kind of official record, but in many cases,
they will have been passed by word of mouth from one generation to the next. lf not written down,
we would like to record them.
The names on the War Memorial have been researched and the results entered on the
village website and already we have heard accounts linking families to the War. Many thanks to
those who have already responded and have given or loaned us family records. lmportantly, the
project is not only about Humshaugh village itself, but about everyone who is living in Humshaugh at
the present time, so that the family histories may record events elsewhere. lndeed, an account has
been given of a grandfather who was American and tells of his military training in the States.
Whatever the family connection to the War and wherever located, we would like to hear
from you. Simply complete the form that’s been delivered to your home and return it to Jen Ogle, Stonerigg, East Farm,
Humshaugh or Liz Hayward, 2 Beechcroft, Humshaugh or telephone Jen on 681193 or Liz on 681453.
They’ll take it from there. Alternatively, you can leave materials and accounts in the village shop. They
will take good care of any records or will copy them if preferred. lf you’d like to talk about the
project, Jen Ogle will be in the village shop from 10 am to 12 noon on Friday 31 of January or
you can have a word with any of the group below who are working on the project.
They are a small group of villagers and would be more than happy if anyone would like to join
them to bring the accounts together and, with the permission of the families, to present them in an
exhibition next September. Rest assured, the aim is not to celebrate war, but rather to
commemorate it through a shared experience. At present, the group includes Jen Ogle, Liz Hayward,
Sharon Higginson, Suzanne Newell, Diana and Peter Linnett, and Maurice Gilmour.

The BBC has published a feature on its website about your favourite village shop. Click here to read the full story.  Yes, we did notice a spelling mistake.

Merry Christmas and a Happy New Year to all our customers and volunteers.

Here are the opening times over the festive period. They are as normal unless listed here:

Come and see our stall and many others at the Christmas Market in Humshaugh Village Hall. It’s from 1.00 till 3.00 on Saturday Nobvember 23rd and it’s all in aid of the village first school.

Here’s the press release about our amazing award from Number 10 Downing Street:

A Northumberland community group which saved their village shop has won a Big Society Award Prime Minister David Cameron has announced.  A group of local volunteers formed Humshaugh Community Ventures and stepped in when the shop faced closure. It now raises enough profit to support other local projects.

The Big Society Award comes as the volunteers celebrate four years since they took over the shop. Since 2009 they have refitted the shop and organised a volunteer workforce of 50 people to run the business. It is open seven days a week, serving the needs of the community and raising significant profits that are re-invested back in to the community through over £18,000 worth of grants to local projects.

“Humshaugh village captured the spirit of the big society when they were faced with the closure of their only village shop.

“Local people got together to keep this hub of community life open and four years on its still going strong.

“I’m delighted to be recognising the hard work and dedication of Humshaugh Community Ventures with this Big Society Award.”

“I am absolutely thrilled that the community of Humshaugh has been recognised with a Big Society Award.  When we took over the village shop we never dreamt that it would lead to this.  It is thanks to the many volunteers giving a few hours a week that we are able to support a wide variety of village groups and individuals. This award recognises their hard work and dedication and makes it even more worthwhile.”

Grants to groups and individuals in Humshaugh and the surrounding area

Since November 2011 Humshaugh Community Ventures runs an oil buying group. There are now 165 members covering households within a five mile radius of Humshaugh saving members a total of over £18,000 each year.

From November 2012 to May 2013 Humshaugh Community Ventures Ltd. leased an electric car to the village as a trial. The trial proved a success and they are now exploring how to purchase/lease another.

On the Big Society Awards:

The Big Society Awards were set up by the Prime Minister in November 2010. The aim is to acknowledge individuals and organisations across the UK that demonstrates the Big Society in their work or activities. In so doing, the aim is also to galvanise others to follow.

– People, projects and organisations that enable communities to drive change themselves

– Projects and organisations that allow the community to identify solutions

– People, projects and organisations that inspire others to contribute to their community

Improving Lives and Society through Innovation, Collaboration and New Partnerships

– Successful collaboration and partnerships between public, private and voluntary sector – working together to benefit communities

– People, projects and organisations taking action in their community

– Generosity of time, money, skills and other resources – in support of social action

“There are some amazing projects and remarkable voluntary work going on in towns and cities up and down the country, by all kinds of organisations from large enterprises to tiny grassroots schemes and inspirational individuals.

“These awards are a chance to pay tribute to those making a valuable contribution to their community, the real champions of the Big Society, but perhaps more importantly, I hope they will motivate many others to take action, get involved and drive change in their area.”

Nominations come in from the general public after which there follows a process of scoring and short-listing by civil servants and a further short-listing by a Panel of Ministers and independent external experts. This Panel makes recommendations to the Prime Minister who makes the final decisions about who to make the award to. Twelve winners are decided each quarter meeting and then announced once a week throughout the year.

The minutes of our Annual General Meeting on October 25th 2013 have been posted on the website. You can click on “Minutes” on the sidebar or click here.

Believe it or not the shop is four years old today – November 1st 2013. Huge thanks are due to the directors, volunteers and customers for making it a thriving hub for the community. Well done. 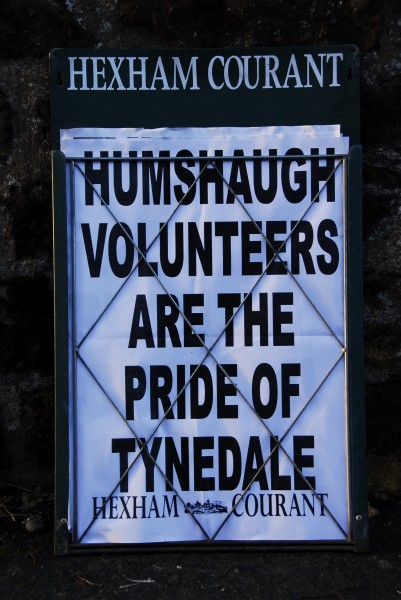